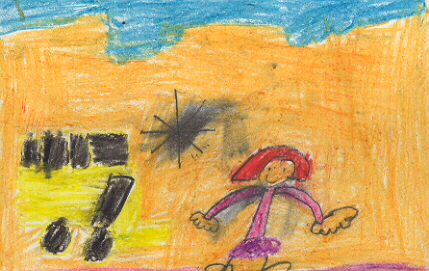 This book is about Junie B. Jones not wanting to ride the bus home from school. One day she decided to stay at school. When she was at the school by herself, she called 911 because she couldn't get the bathroom door opened. I won't tell you the ending because it's a good ending and you should read the book to find out yourself. I will tell you that the ending is funny.

This story reminds me of a story I wrote about spending the night at school. In my story, I tried to hide from the janitors. My favorite part of the story was when Junie spent the night wandering around the school by herself. I think it would be fun to be at school all by yourself. Junie is also my favorite character because she is a good character that most kids will like.

I recommend this book to kids who like adventures and who like school a lot. Maybe someone could read this story to younger kids.