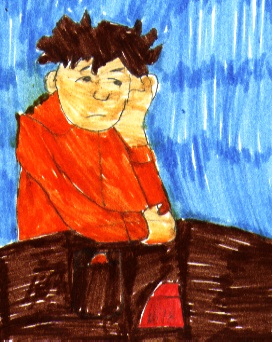 The illustrations of the story are black and white. I do not like the illustrations of this book because sometimes they don?t match the author?s writing. I did not like the book that much because it was a little boring and I have read better books by Judith Viorist. My favorite part was when at the end Alexander found out that moving isn?t that bad. The characters I disliked were Anthony and Nick because they kept making fun of Alexander because he did not want to move.

I?ve read a lot of other books by her. I recommend this because if you?re going to move soon you should read this book so you can see how Alexander handled his problem.

Ashley V.
is a student in
PAL - New South Bronx