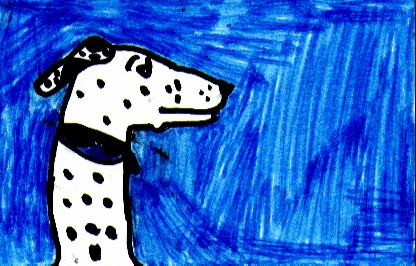 One day an emperor had no clothes on and everybody laughed at him. I wonder how the emperor got so many clothes. He likes clothes so much he had a different coat for every hour of the day. He was tall and everywhere he went there were dogs. One day, two men came and they would trick people. They stitched with needles but with no thread. They cut with big tailor scissors. They told people that whoever cannot see the clothes is stupid. So the townspeople all believed that they could see the clothes because they did not want to be called stupid. To find out the rest of the story you should read the book.

Our favorite part of the story was when the emperor had no clothes on because it was funny. The townspeople learned not to trust people. They should have a sharper eye because other people could play tricks on them at any time.

Our favorite character was the emperor because he?s funny, fancy and silly. Can you imagine having a different coat every hour of the day? The drawings were nice because they look real and they are funny. The drawings look like photographs. I haven?t ever read a book like The Emperor?s New Clothes yet but I might in the future. I felt inspired. This reminds us of our sisters because they only care about how they look. We think that exciting people, people that like funny pictures, and people who like to laugh should read this book should read this book because you`ll do a lot of laughing when you read this book.

Abrian R.
is a student in
PAL - New South Bronx