The New Book of Dinosaurs

The New Book of Dinosaurs 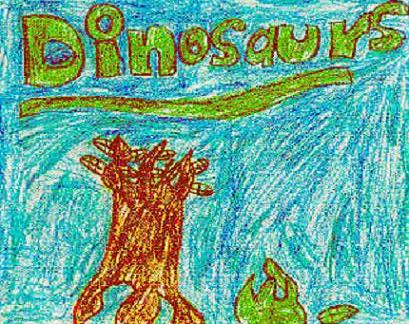 This book is about how dinosaurs live, about their bones and their DNA. Dinosaurs are mammals like we are. There are all different kinds of dinosaurs. There are meat eating dinosaurs and grass eating dinosaurs. Dr. David Unwin wrote this book to tell us about dinosaurs from Asia, Africa, Antarctica and even the United States. New scientific facts about them were discovered in the 1990?s, when researchers started to dig up the dinosaur?s bones and put them in science laboratories and museums.

I think the book was a good book because it taught me more about dinosaurs. I learned that dinosaurs lived millions of years ago. Dinosaurs were the biggest creatures on earth then. Now they are extinct. Dinosaurs ate other dinosaurs to survive.

I have not read a book by this author before. I would read another one on another subject. I like to read adventure books.

Kristian M.
is a student in
Mary Mitchell Family and Youth Center