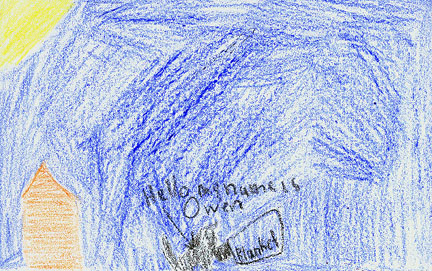 My favorite part in the book is when Owen?s mother sewed his blanket into handkerchiefs. I like the mother because she is a very sweet woman and adores her son a lot. This books makes me wonder of my favorite bear that I have.

I definitely recommend it because it shows the love between a son and his mother and the love that he felt for Fuzzy.

John L.
is a student in
University Settlement