The Adventures of Odysseus

The Adventures of Odysseus 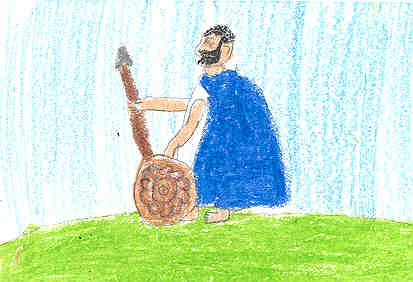 This book is about a man named Odysseus, son of Laertes, and king of Ithaca. Odysseus and his companions had just won the battle over Troy. Odysseus, just like his companions, longed for his homeland. First, Odysseus and his men set sail and land on the island of the Lotus Eaters. The fruit there entrances you back to your childhood. Does Odysseus get off the island? Find out when you read this book.

These are my opinions and reactions to this book. I like the illustrations because they look real and the colors are bold. My favorite part is the awesome ending. My favorite character is Odysseus because of his bravery, skill, and intelligence. I recommend this book to people nine or older because it has some gross parts in it. People who like action and mystery would enjoy this book also. If you liked these three adventures about Odysseus, then check out this book at your local library.