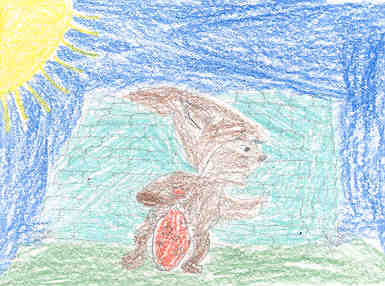 This book is about two boys named Jimmy and Robby, and a baby named Kayla. One day Jimmy and Robby were playing football and Robby kicked it and it bounced off of Jimmy's head and broke a window. Mr. Mack, the dad, was mad because that was the seventh time that week that he had to fix the window. He sent them to their rooms, but the gigglers were watching. The next morning while he was on his way to work the gigglers made up their minds to give him the giggler treatment. Find out what happens next in the giggler treatment.

I think the book was great because of all the pictures and how funny it was. I liked the book because it is hysterical and crazy! My favorite part is when the gigglers hide themselves against other things so they change color. This book is like another book I read by the same author because it has all of the same characters.