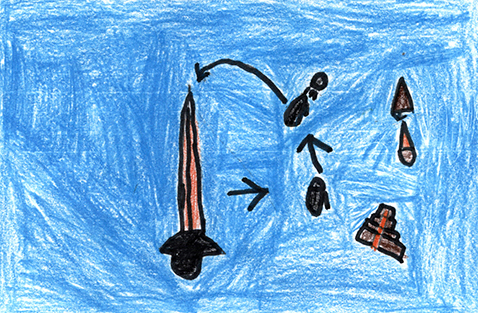 An evil cyclopes. An evil ghost king. These are just some of the exciting characters in, Percy Jackson: The Battle of The Labyrinth, by Rick Riordan.

Percy Jackson has started high school and he is a freshman. On the campus of his school, he finds two demon cheerleaders. Percy ends up running away to Camp Half Blood where he has to prepare for a quest into the labyrinth. He has to stop Kronos from reaching Camp Half Blood. Percy finally makes it to Mount Orthes and hopes a strange coffin with unusual markings? What is in it?? The answer is to come in the book.

In my opinion, this is an unbelievable excellent book! I liked the adventure through the labyrinth because of all of the dangers. Also, I liked that the book has a mixture of ancient Greek characters and myths and the present. One example is that Mount Olympus is on The Empire State Building.

I give this book a five star rating!