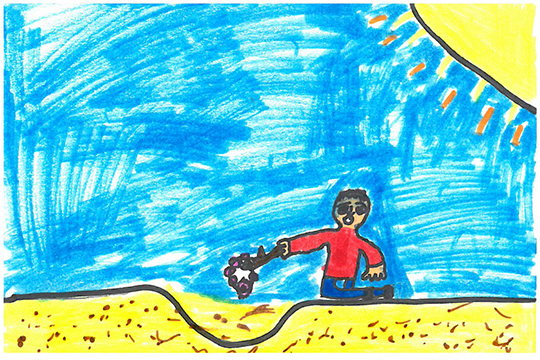 If you like mysteries and people being sneaky then A to Z Mysteries is the series for you. In the book, The Mayflower Treasure Hunt, Dink, Josh and Ruth Rose, the main characters, went to a boat called the Mayflower to explore. They found out someone stole something from the Mayflower a long long time ago.They also went to the place where the Mayflower landed to see if it was a place on a map. Then they found the place on the map so they dug and dug and dug and they found the treasure. But then someone tried to steal the treasure………... dun dun dun, but Ruth Rose gave her a fake. I rate this book 4 stars because it was a good book but not a great book.

I liked this A to Z Mysteries book, The Mayflower Treasure Hunt because it had a bit of funny jokes and a bit of traveling adventure and a bit of creepy scariness. My favorite part of the book was when they got caught by the grandma, it was very funny. I did not like the mom because she left her kids, Dink, Josh and Ruth Rose alone and they might of gotten very hurt. In addition the book made me wonder…….. hmmm what happened to Lawrence Mudgett because they did not tell us.

I recommend this book for ages 7 to 10 because it was kind of long and I do not think a 6 year old can really read it.

Harrison
is a student in
Mrs. Mendez's 3rd Grade Class