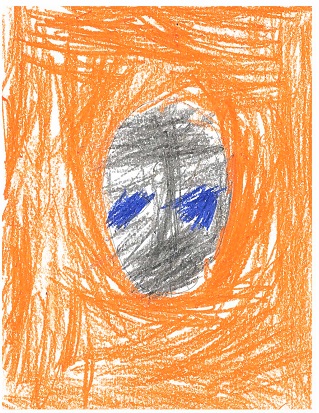 Imagine if you were a robot and you had to save the world from giant robot’s! In this amazing that actually happns! This book is about Hilo, Izzy, Hilo’s sister and DJ. Gina, his best friends. Hilo saves the world from giant robot’s but he doesn't destroy them because he’s a robot. He’s just shutting them off. Razorwark is an evil robot that created Hilo and Izzy. He created Hilo to destroy stuff and he created Izzy to make machines to help him destroy stuf. You will have to read to find out if they deafeat the bad guys.

One reson I like Hilo: Waking The Monsters is that it is so adventurous. The charcters have crazy action adventous to save the world. I also liked that Izzy is funny. Izzy is funny because whenever a giant robot burst out of the ground she says “neat” and then Gina and D.J. shout “not neat”. I like also like Hilo because he can fly and can blast lasers out of his hands. He is the coolest charcter. I recommend this book to anyone who likes comic books and robots. I also recomend it to you if you like the Avengers since they are both adventures and have heros. If you like LegoNinjago you will like this book because they both fight crime and have superpowers!