The Notebook of Doom: Monster Notebook

The Notebook of Doom: Monster Notebook 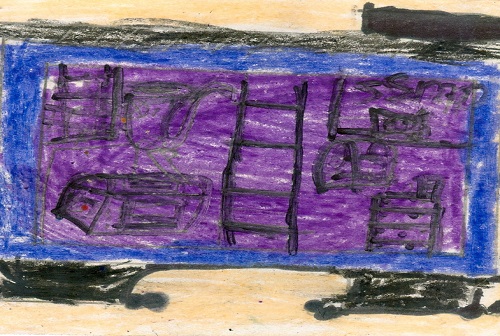 Do you like books in a series? Well I got the book for you! This book is called Monster Notebook in the series Notebook of Doom. Alex and his friends form a club called the S.S.M.P. (Super Secret Monster Patrol) and they fight fierce monsters in Stermont. The main monster they are looking for is called The Boss Monster. He sends other monsters to destroy the S.S.M.P. Can the S.S.M.P. defeat the monsters? You will have to read the book to find out! The main character Alex moves from town to town and makes new friends along the way. He also makes a friend who at first he thought was mean but then he realized he was nice. So two lessons learned in the book were never give up and don’t judge a book by its cover. The genre of the book is mystery.

I thought this story was interesting because there was tons of action and excitement. You never knew what would happen next. I found the monster characters to be really cool and funny. I had a connection with this book to my own life. When I moved and started a new school just like Alex, at first I was a little worried and scared but made new friends right away.

I think other kids should read this book because it’s very action packed and exciting. 2nd and 3rd graders would enjoy it as well as any kid who likes monsters and adventure! If you are ready for some exciting events, read this series! Get a copy NOW!