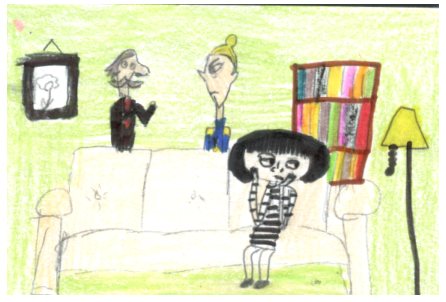 I liked this book because it is filled with excitement!!! For example, the time when Lulu was climbing the tree and the babysitter caught her.It was thrilling! I can really relate to Lulu because I know how it feels to have a babysitter and you do not like it. It gets me upset. Also I HATE when my parents go away.I feel bad for lulu when that happens to her.