The Book Report From The Black Lagoon

The Book Report From The Black Lagoon 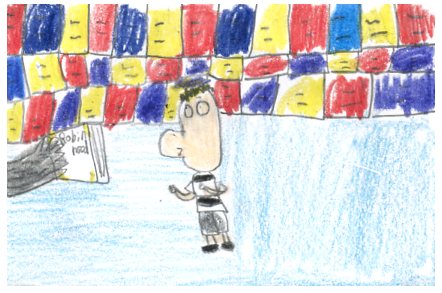 Have you ever not been interested in doing something that you had to do? In the book The Book Report From Black Lagoon, a boy name Hubie had to do a book report in two weeks and it had to be on a real book and had to be without pictures. When Hubie got to the library, his teacher Mrs. Green told them to pick a book to do their book report but Hubie isn’t interested in writing a book report... until his library teacher found a book for Hubie. The book was called Robin Hood. It had a few pictures but Hubie said, “it’s fine.” Everyone on the bus was talking about their book. Hubie thought, “Maybe I should have gotten a book on robins instead of Robin Hood.” Everyone asked Hubie which book he got. Hubie didn’t answer. When Hubie got home, Hubie told his mom that he was not interested in the book that he picked out. His mother told him, “You will like the book.” Hubie said “ok.” Read to find out if Hubie winds up liking the book.

This book is a part of a series and they sometimes have different characters and sometimes they have the same character like the teacher Mrs. Green stays the same sometimes. Hubie’s friends stay the same too. The only thing that changes is the teacher on the cover. For example, if it is a picture of a library teacher, that will mean it’s about a library teacher. I also love this book because when I have nothing to do I like to read those books because they make me happy and make me smile. All of these books are very funny.

I recommend this book to 2nd and 3rd graders because it has chapters but it is not hard to read or too long. It’s a good book if you have nothing to do. It’s funny. A funny part is when Hubie asked himself, “ I should have gotten a book on robins instead of Robin Hood.” The face he made was very funny to me. If you like books that take place in a school and if you like things that are funny and creepy...well you’re in luck. This book is your soulmate.