The Debt- Catch the Zolt

The Debt- Catch the Zolt 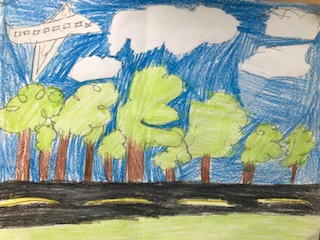 Catch the Zolt is a book about a boy runner named Dom who has a family debt. When he turned fifteen, he was presented with this news and was told that he would have to do 6 installments to pay back his debt. He receives his first installment, "Catch the Zolt," a facebook bandit who steals small aircraft. He must repay this installment or he will lose a pound of flesh. Will he repay his installment? Read to find out! I liked this book because it had a lot of technology and it is a mystery. The Zolt's sister is kind of like me because she knows a lot about technology and so do I. This book is part of a series called The Debt. It is like the other 5 books because they all have a very hard mystery to solve and a very interesting installment to pay. When I read this book I wonder what it would be like if I had to pay these installments. I also think about how I can tap people's phones and other secret spy stuff. I would recommend this book to anyone who likes mysteries and excitement. I think people would like the sudden twists in the plot and the weird things needed to complete the installments. Hope you read it!