The Land of Stories An Author's Odyssey

The Land of Stories An Author's Odyssey 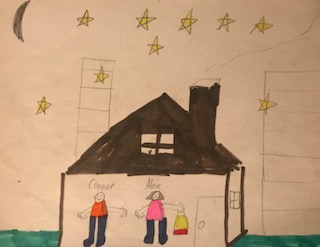 The Royals in the fairy tale land barely escape beheading from the literary villains. Alex and Conner, the main characters, then go on exotic adventures to recruit an army to defeat the villains. They use a magical potion called a portal potion that lets them go into any story they want. There is a person called the masked man that tries to take down Conner and Alex. They take adventures with pirates, robots, and other humans. Do you think they will take down the masked man...?

I thought the book was great. I liked it a lot because it was full of adventure. The book is in a series. I have not read all of the books in the series but I think you should. My favorite part was when Conner and Alex went in the first story there was a lot of cool things, funny names, and action. This is not like any other book I’ve read because it was way more fun and it really made me want to read more and get the other books. I felt very excited reading this book. It was because in one land the smallest brother showed his other relatives that he was strong and could achieve what they could achieve. The characters that I found interesting were the ones that could achieve what they wanted to achieve and had willpower. The ones that were creepy and disgusting but fun and smart. Also the ones that could transform into things or electrify things when they wanted to but there was one thing in common they were all nice and helped Alex and Conner achieve their army. You might not understand me when I said they were gross and scary but fun. Those monsters pulled up a play within a day and a half when they did not know what a play is!

Tudor A
is a student in
Ms. Daigle's 4th-5th Grade Class