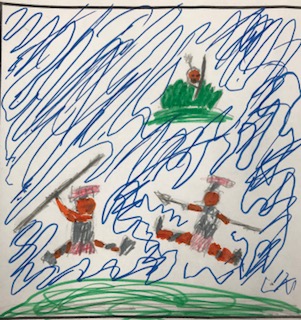 I really liked the book because a lot of the time in school books it's something boring but in the Trojan War there is fighting a lot of the time. My favorite part is when Achilles attacks and then Paris shot him in his ankle. I thought Achilles was interesting because he hid as a princess but then became a killing machine. I also thought Philoctetes was interesting because he was stuck on an island and lived. I think my friend Andrew is like Dolon because they are both untrustworthy. Achilles changed from being a princess in disguise to be a killing machine. I think the Trojan horse is special because they built a big horse to into Troy than attacked it. This is not like any other book I read because I haven't read anything in ancient times.

I think the book is great. I recommend this book to people that like battles in ancient times.