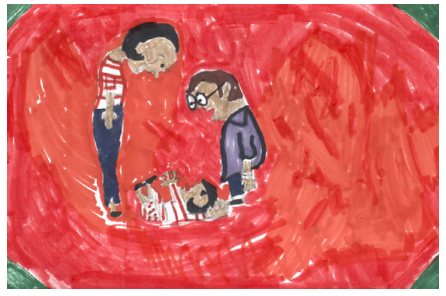 Have you ever wanted something and your parents said no? Well, if you did, you can read Lulu and the Brontosaurus by Judith Viorst. This book is based on a little girl named Lulu and how she doesn’t always get what she wants, but she certainly gives it her best shot. In the beginning, Lulu screamed to her parents that she wanted a brontosaurus, but, due to her anger, her parents say no. Despite Lulu not giving up, her parents continued to say no. They tried to offer a compromise by saying that she could have any other pet she wanted, except for a brontosaurus. Her dad even offered a nice, pet rat. Lulu didn’t want a rat. She wanted a brontosaurus. Her mom and dad just kept on saying no. Lulu was furious, so she decoded to go out into the woods to get one for herself. She packed a little suitcase filled with all the stuff she would need. While on her journey she sang a really annoying song based on the fact of how she was getting this wild pet. Because of all this racket, the animals that lived in the forest started attacking her one by one to make her stop. Since Lulu was so desperate for a brontosaurus, she had enough determination to attack and intimidate them. By now she was in the heart of the forest. Finally, she had gotten to the brontosaurus. Will the brontosaurus be her pet? You will have to read the book to find out.

I think readers who like dramatic and funny books should read this book. Lulu certainly shows those things and more in Lulu and the Brontosaurus. I hope you read this book!