Arthur Locked in the Library

Arthur Locked in the Library 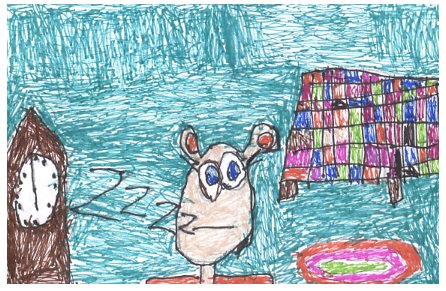 My favorite part of this book is when Arthur is reading about Joan of Arc and he imagines he is the British fighting the French. I like it because I really like history and that seemed interesting to me. I was surprised by the ending because I didn’t expect that the story would end that way. In the beginning, when Arthur was walking down the hallway and someone behind him yells, “ARTHUR READ!” I wondered who it was and it made me want to read more.

I recommend this book to kids who are in second grade and who like suspense because Arthur and Francine are trapped in the library and you don’t know if they will escape. I also think boys and girls who like the genre realistic fiction would like this book.