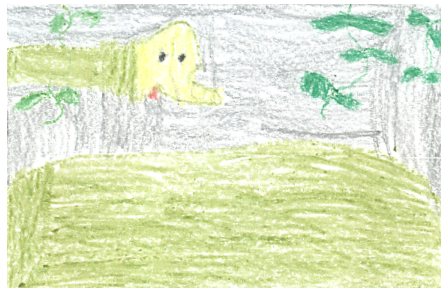 Have you ever become cranky when you don't get what you want? Well if you have Lulu is an amazing character to relate to. Lulu and the Brontosaurus is about a spoiled brat named Lulu who wanted a brontosaurus as a pet for her birthday. Her parents said “no!” When Lulu heard no “ she shrieks till the light bulbs burst.” Then she ran away into the woods to seek what she wanted. I’ve learned that you shouldn't expect everything the way you want it to be.

I thought Lulu and the Brontosaurus is a humorous well written novel! I also think Judith viorst is a precise, efficient writer. My favorite scene was when Lulu got caught by a big snake because the snake shouted, “I'm going to squeeze you dead.” Then Lulu interrupted and said, “not if I squeeze you deader.” Finally as I read this book I felt like Lulu’s adventure was worth running away.

I think this book will be enjoyed by kids who love to have a good laugh. Lulu is a wonderful character to relate to because everyone can be greedy sometimes. Read more about Lulu’s wondrous adventure.