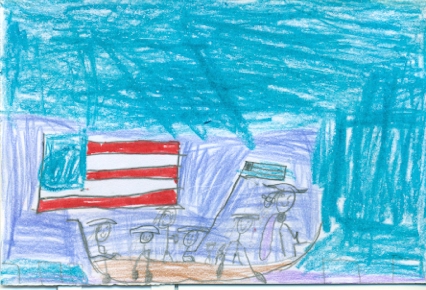 My book was in the Magic Tree House series. My favorite part is when Jack and Annie meet George Washington. George Washington is my favorite president. I would have loved to meet him! My favorite charter is Jack. Jack reads a lot of books every day. He never wants to be in their mission at all in this book, but he always gets stuck doing the mission anyways.

I think kids in grades 1-3 should read this book because it is about a war that was a long time ago, the Revolutionary War. If you like history you chose the right book. This is a good book because it tells you about George Washington and has fun adventures.