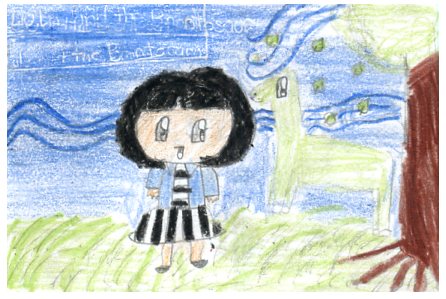 Lulu runs away. Will Lulu make it home in time for her birthday?

I like this book because it has a lot of funny parts in it. One of the parts I liked was when the brontosaurus said that Lulu was his pet. Another funny part was when Lulu was taking stuff out of her bag and giving it to the animals, that was really funny. I also like the part when Lulu ran away. She went right past the animals. The animals were staring at her, and they didn’t attack her. They thought she was going to give them more stuff, but she didn’t. This book makes me wonder, what the next book is going to be like. What does Lulu want in the next book? What does she do?