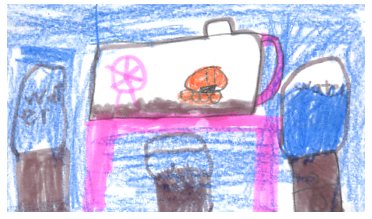 Humphrey, a hamster who lives in Class 26, is a sneaky hamster who wants to escape. He tries his friend’s hamster car. After that, he wants one to race with his friend, Winky. Humphrey gets a car from Pet-O-Rama. Then there’s O.G., a frog who also lives in the class. Humphrey feels badly for O.G. because he doesn’t have a frog car. Will they race together? Or will O.G. get left out of the race? Find out in the book.

I like the book because there are cars in the book and I love cars. This book is all about hamsters and they are one of my favorite animals. I love hamsters. There is a frog in this book and I can relate to this book because I used to have frog.

Danny A.
is a student in
Mrs. Violino's 3rd Grade Class