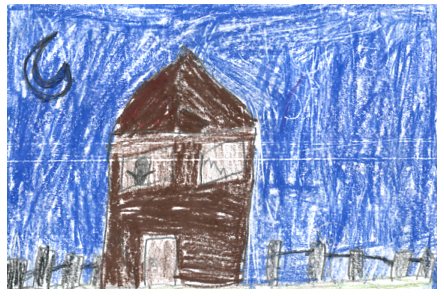 Eddies grandmother is sick so Eddie, Howie, Melody and Liza are going to help her. They go to a creepy and most likely haunted house! When they see a strange figure in the attic window. Liza and Melody think it might be Uncle Jasper, who recently died. Then when they are making a casserole in the oven, it burns! Smoke bursts out of the oven but no one noticed a strange figure next to them. Is it just their imagination or is it a real ghost? Read the book to find out.

I think Ghost Don’t Eat Potato Chips is a great book because it has lots of suspense and action. I think this is a great book for kids that like mystery and suspense. I also think the illustrations were great, for example: the haunted house of Eddie's Grandmother was very detailed.