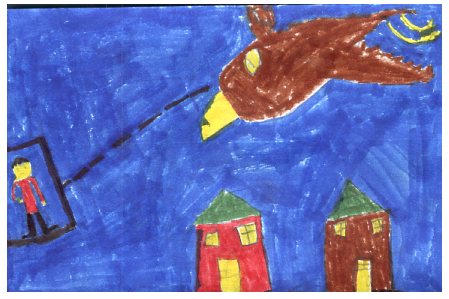 Have you ever had an encounter with an alien? Well, in the book Animorphs Jack and his friends did. One second they were normal humans, next second they were animals. Literally. When Jack and his friends discover a U.F.O and get the power to morph along with learning his brother is captured and that aliens a trying to invade earth they will attempt to save his brother and stop the aliens… or die trying. What will happen next? Read the book to find out.

I loved the book Animorphs because there was a lot of action. For example when they attacked the aliens they were getting run over, and it was really intense. It is impossible to remember it all because there was so much going on. My favorite part was when Jack turned into a dog. I thought it was creepy but at the same time I liked it. My least favorite character was Visser three because he was not a controller which is a Yerk and tries to take over the world.

I would recommend this book to people that like science fiction. Or ages 8 to 10. It has shorter chapters and might creep you out but all of the creepy stuff was replaced by action! The author really makes you feel like a invisible character. Seriously I am not lying, if you are a big reader like me you won’t put the book down and I doubt I am wrong. You won’t regret reading it, I swear you will at least like it. This will be a book you will remember.