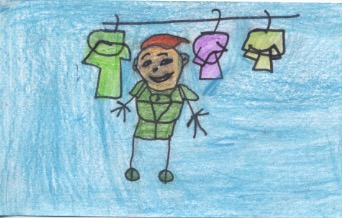 I like this book because it is a bit funny because when Mrs. North introduces Waldo, she says that Waldo is seventeen years old. Mrs. North even says that is one hundred and nineteen in dog years. Waldo is interesting because he did not eat his dog food. Marvin Redpost is a series book. I have read some books of Marvin Redpost. I like the pictures and illustrations because they are clear. My favorite character is Marvin because he is mature.

I recommend that first graders through third graders read this book. This book is a tricky book like in the part when Mrs. North didn’t say he wasn’t old, but he was old. I think people who like tricks should read this book!

Shrey J.
is a student in
Lindsey's 2nd Grade Class