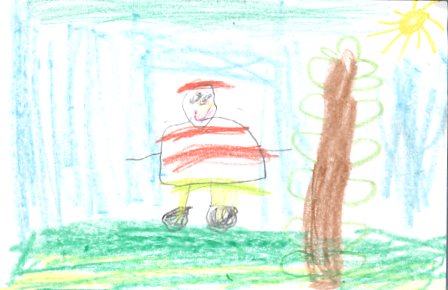 We loved this book because it was about pirates. It tells you a lot about being a pirate and that you wouldn't want to be one because they are slobby and not so smart and they can get hurt. It was interesting because it teaches you a lesson to treat people with kindness and that it doesn’t matter how you do things or how you look it matters how kind you are and what is on the inside.

We think other kids should read this book because it’s about a boy who wants to be a pirate. Also, we recommend it to kids who like sailors or pirates.