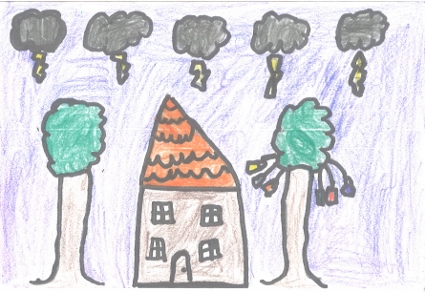 This story is about a girl named India Opal Buloni, and a dog named Winn-Dixie, and how they became best friends. Opal's dad told her to go to the store to get two tomatoes, rice, and macaroni and cheese, but instead she came back with … a dog. The rest is history! One night when it started to rain, Winn-Dixie ran away. Did Opal lose Winn-Dixe forever!!?!!!? Read this book to find out.

Hi, I am Yaneri! My favorite part of Because of Winn -Dixie was when Opal went to the store and she came home with a dog. This was my favorite part because the manger was going to call the pound, but Opal said the dog was hers. If there was a dog that needed rescued, I would call it my own too. The character in this book that was my favorite was Otis because he lets the animals out of the cages and plays music for them. This is very compassionate of Otis, and it makes me happy that he is kind to the animals. The character that I made a connection with in Because of Winn-Dixie was Otis. The reason that I made a connection to him was because he lets the animals out of their cages. That is like me because I let my birds out.

This book is a gem of a book. We recommend it to 3rd to 12th grade. It is a fun book to read to other people, to kids, your Mom and Dad, your family, and even when you are old too. It is a really good book to read to everyone.