The Boy with the Bronze Axe

The Boy with the Bronze Axe 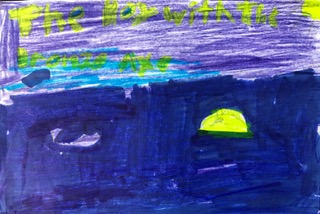 The Boy with the Bronze Axe is about a village named Skara Brae. Skara is in the Orkney Islands and is home to a family of four: Kali, Brockan, Birno, and his wife Stempsi. One day a boy named Tenko saves Kali and Brockan from the tide while they were catching limpets. After that Skara goes through many events good and bad.

My first topic is going to be describing Tenko and whether I like this character or not. Honestly, I am fond of Tenko because of his bravery and kindness. He shows this in many ways such as making gifts to Kali, Brockan, and Lembo, or by leading the family through rough times.

I liked the book because it was on the edge of being "non-explanatory" and "over-explanatory." What I mean by that is the book wasn't too descriptive but it wasn't just straight to the point either. It also had very good and thrilling moment all through the book. The book’s characters were interesting and always had weird ways of doing things.

I didn't dislike any part of the book although the fact that a sheep dies is pretty gruesome and disturbing. I feel this way because I think the book gets a little too descriptive on the sheep death's but other than that I love the book.

I would recommend this book to readers who look at a thick book and don't go "Meh, it's too long." Not saying that I don't sometimes do that. FYI spoilers.