Detective Chase McCain: Save That Cargo

Detective Chase McCain: Save That Cargo 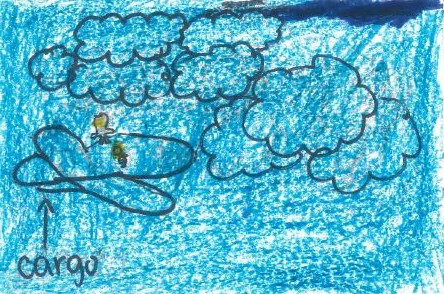 First, Chase McCain stops a crook in a plane. Next he was going to deliver a package to the Mayor. Then Rex Fury grabbed the box and made his escape on a bike. Chase grabs his skateboard and chased after him and caught him on the beach. He thought it was MONEY, DIAMONDS and GOLD, but it was apple pie.

I think this book was fun and funny. Rex thought he could be RICH! It was also funny when chase dressed up as a bunny rabbit. I think Case McCain Save That Cargo is a funny book. One funny part was when he could be RICH. When I read this bock it made me laugh so hard. It was also funny when Chase McCain dressed up as a bunny rabbit. My favorite part of the story was when the criminal thought there was diamonds, gold and money in the bag, but it wasn't. This was my favorite part because it was super funny.

I would recommend this book to anyone who likes the LEGO books because it is a LEGO book and all of the characters are LEGOS.