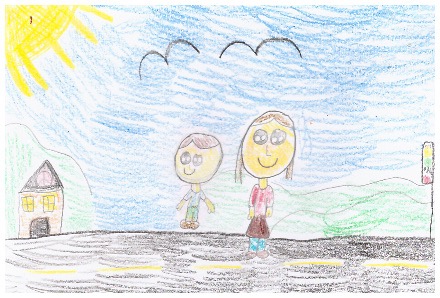 Albie is having a lot of trouble…with everything and everyone! You have to read this book about Albie called Absolutely Almost by Lisa Graff.

To begin with, there is a boy named Albie. Albie has a babysitter who name is Calista. Calista loves to draw and Albie draws with her. Albie loves to draw donut man. Albie was going to build the A-10 Thunderbolt with his dad but he built it by himself later because his dad was never home. Sadly, Albie did it wrong and threw had to throw it away. It broke into many pieces when he tried to make it fly. Albie has a hard time at school because he has trouble with his learning. Most of the kids are not very nice to him. He is nice to Becky who has trouble talking.

My favorite part was when he put notes into the desks of some of his classmates to help Betsy become cool. This was my favorite part because he was being nice to her and trying to help her. I found one character that was interesting to me. That character is Betsy because she has a stutter. This is when you have trouble saying a word. A person I know who is like the babysitter character Calista is my cousin. Quentin is an artist like Calista. He got two paintings that came in first place. The two pictures were really good!

In conclusion, this book is for 6 to 10 year old girls and boys because the characters are interesting for everyone to read. I think you would like this book if you tried it!