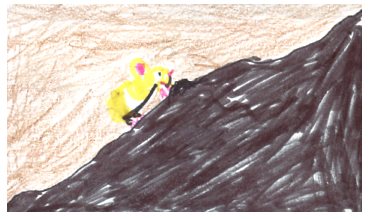 Has your classroom ever been home to lots of secrets??? In Secrets According to Humphrey by Betty G. Birney this is exactly what happens. For starters, the students in Room 26 are starting a new unit on Ancient Egypt and dividing into 4 groups: Artists, Builders, Scribes and Traders. After that, Humphrey was taken home by a couple of students who invite their friends to then make secret clubs. Later, Mrs. Brisbane finds out about the clubs and stops them surprisingly easily. In the end one of the secret clubs tells Mrs. Brisbane about an ancient Egyptian game called Sennett. All in all, you just can’t miss this secretive book. JOY-JOY-JOY!

In my opinion, Secrets According to Humphrey by Betty G. Birney is an amazing book that grabs on, holds on and doesn’t let go. First of all, it keeps you on the edge of your seat. One way it’s suspenseful is a student is going to move but the author won’t tell who it is until the end. Also, it’s pretty funny. One example is Humphrey’s reaction when Aldo tells him that he’s setting traps. It’s also descriptive. This is demonstrated by the symbols that one of the secret clubs uses. As you can see, the book is a real secret to unlock!