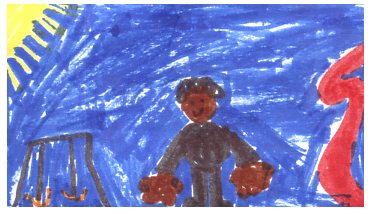 Have you ever gotten into so much trouble you went to the principal’s office? The book EllRay Jakes the Recess King by Sally Warner is about a kid who needs a spare friend. In the beginning, EllRay’s sister is putting on a play at school and EllRay wants to bring a friend. Sadly EllRay’s friends are always busy. Also, Corey is always swimming, and Kevin is always doing something so he can’t play. Lastly, EllRay comes up with a plan to get Jason to be his “spare” friend. As you can see, EllRay Jakes the Recess King is an entertaining book! Read more to find out if EllRay finds a friend.

In my opinion, EllRay Jakes the Recess King by Sally Warner is an exciting book. First of all, it makes you think about making a choice. EllRay made a kid pee his pants because he dressed Jason up as the mummy zombie king, and they got in trouble. In addition, Ellray teaches you to be responsible. EllRay should not have dressed up Jason as the mummy zombie king just to get him to be his “spare” friend. Lastly, it teaches you about consequences. Since EllRay did what he did he went to the principal’s office. As you can see, EllRay Jakes the Recess King is an entertaining book.