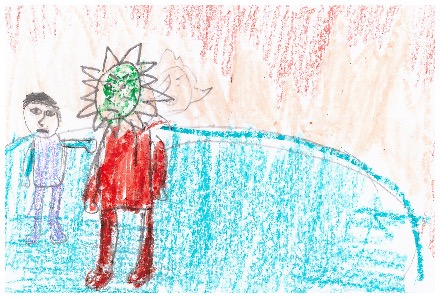 Have you read about the greatest superhero there ever was? Well if you haven’t, then you should read Daniel X by James Patterson.

First, this book tells about how Daniel’s parents die from The Prayer (Number 1 on the list of alien outlaws). Daniel vows to get revenge after he destroys every single alien outlaw on the list. He starts out by destroying one random alien and then he starts going after Number 6. Number 6 wants to destroy all humanity on Earth and recolonize the world. While Daniel is looking for Number 6, he gets captured by one of Number 6’s thugs. When Daniel is in his cell he manages to escape. He challenges Number 6 to a hand to hand fight. If Daniel wins, he gets to destroy Number 6 and take all the children home. If Number 6 wins, he gets to destroy Daniel and take over Earth. Daniel turns into a tick, jumps into Number 6’s ear and eats his organs one by one. In the end, Daniel wins and saves Earth and destroys Number 6.

I liked this book very much. I thought when I finished the series I would never be happy again because I wanted to read more. I also thought this book was unique. I never read about a kid who has the power to create and transform and was also hunting for aliens. As I read this book it made me think and ask questions. Would Daniel survive to kill The Prayer? The characters I liked were Daniel, Dana, Emma, Willy, and Joe. I did not like any bad aliens. If you give this book to reluctant readers, they will read all day.

In conclusion, I would recommend this book to kids in fourth grade and up. If you have not read this book, fly to the library and check it out.