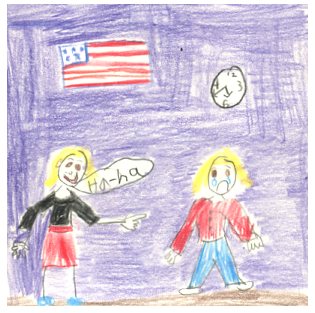 A nice girl named Lyla was moving near the Golden Gate Bridge. She began school and wanted to have friends. She was taking a test and then was blamed for stealing the test. Everyone bullied her and teased her. People were texting her mean comments. Will she prove she didn’t take the test?

I like Jamie because he is nice and is good at using technology. I also think Gage stole the test. I don’t like Gage because she is mean. I think that Gage is going to get in trouble.

Jerry B.
is a student in
Mrs. Ruffolo's 3rd Grade Class