Escape from the Overworld

Escape from the Overworld 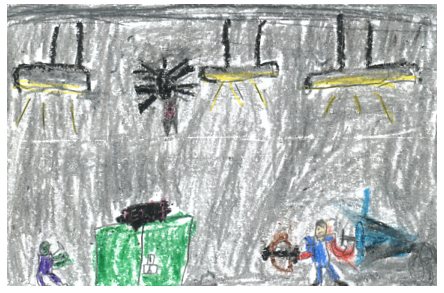 Did you ever wonder if you were a video game character came to life? Escape from the over world is about a kid named Stevie that was a Video game character from a game call Minecraft but he was chased into a portal by a spider and came into our earth. He lands in a girl named Maison house. She helps Stevie fit in with the earth. While they are Gone not only does Stevie can go throw the portal zombies spiders Creepers are entering the world. Everybody is in danger can Stevie take down all the monsters or everyone dies?

I think this book is unique because have you ever seen a book where a guy came for a computer into the world. My favorite part was when they had to Fight all the monsters because I like huge wars in video games. I wonder what would happen if that really happen if this was a real story.

Eamon B.
is a student in
Mrs. Adolphus' 3rd Grade Class