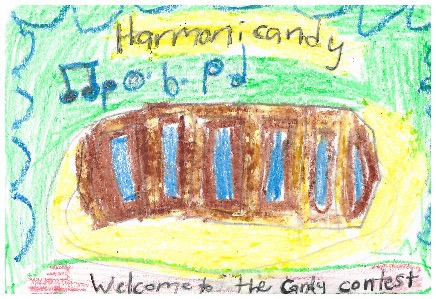 Mmm! Mmm! Come and make some candy with Logan, Miles, Daisy, and Phillip in the Candy makers by Wendy Mass.

I liked the part where Phillip starts playing the violin in front of everyone! I was so surprised that Phillip played in front of everyone just to make a distraction. All the people at the convention were asking for his autograph. It was really funny because everyone kept swarming around Phillip and eventually Daisy had to take them to the boys' bathroom and lock the door. I also liked this book because the book was divided into five parts. Each part was someone's life during the candy making contest. So part one was Logan, part two was miles, part three was daisy, part four was Phillip, and part five was Logan again. The last reason I liked this book is because it was very long and challenging to read! It has 480 pages!!

In conclusion, this book is a great book for kids ages nine and up. If you like books about teamwork and books with twists and turns than this is the book for you!