Gabby Duran and the Unsittables

Gabby Duran and the Unsittables 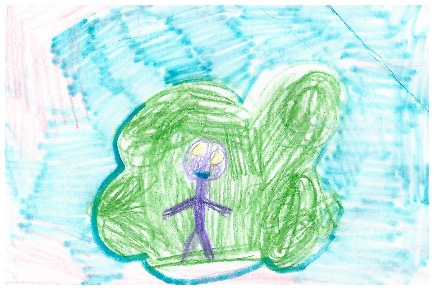 The aliens have landed. Come join Gabby Duran and her unsittables for this really cool book by Daryle Conners and Elise Allen.

To begin with, there is a girl named Gabby Duran. She is 12 years old and lives in a townhouse. One day, she ran across a woman who had a proposition for her: to work for A.L.I.E.N. (also known as the Association Linking Intergalactic Earthlings as Neighbors). Gabby would be babysitting aliens. One of the aliens was a shape shifter, and the other was a saber tooth slug. Gabby thought her substitute math teacher was bad and trying to kill the aliens. Gabby saved Wutt, one of the aliens. In the end, it turned out her teacher wasn’t bad and was one of the aliens.

I liked some parts of the book but I felt it just wasn’t the book for me, but maybe it will be good for you. If you like scary books, this is the book for you. I felt scared when Philip turned into a saber tooth slug because I thought he was going to kill Gabby. My favorite part was when Edwina kidnapped Gabby. Even though it was scary, I liked it because it made me want to know more about the book. The book made me wonder if aliens are real. I know there’s something out there that’s bigger than us, but I don’t know what it is. It’s probably not a green alien, but it might be. You never know.

I would recommend this book if you like scary books or books about aliens. It’s a little scary, but it has twists in it. If you think one thing is going to happen, it’s wrong and something else happens instead. When I was reading the book, I’d guess something was going to happen but it turned out it never did.