The Girl Who Drank the Moon

The Girl Who Drank the Moon 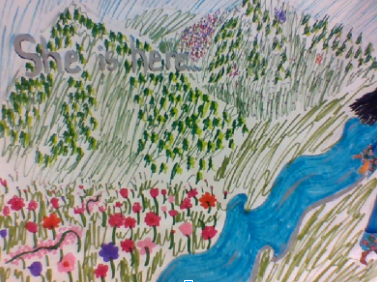 In all her life, Luna didn’t know anything except the small cottage in the middle of the bog, with her ancient grandmother, Glerk the bog monster and Frian, the perfectly tiny dragon. But this is all after the grand elders forced the people of the protectorate to sacrifice the youngest child of their small, poverty ridden village to the witch of the bog, as they did annually. The child's mother went crazy with grief and got locked up. Then the witch prepared for the journey to bring the infant to the free cities on the other side of the bog, where it was given to a loving family to take care of it. Even after the witch mistakenly fed the child moonlight instead of starlight and enmagiced it. The Witch decided to raise her in their small cottage in the bog with Glerk, the swamp monster and Frian, the perfectly tiny dragon. So that was where Luna lived. Yet, as she grows up, her magic begins to appear. By the time she’s five, she’s overflowing with magic and causing chaos. The witch cast a spell and locked up her powers so she doesn't cause harm. Her magic won’t be unleashed until she’s thirteen. The problem was, she can’t even hear the word magic without instantly forgetting it. Meanwhile, Luna’s estranged mother realized that Luna is alive and became determined to find her. ‘She is here, she is here, she is here…’ What happens next, I dare not say.

I absolutely love this book because it features a strong heroine. The only thing I would change about it is that at the end, it seems like the author, Kelly Barnhill, left a few open ends. But she makes up for it with the great writing techniques and vivid pictures barnhill uses. It is such an interesting story with an amazing plot line. It's a great read. And the illustrations are so beautiful!

I would recommend it to anybody because of the beautifully illustrated plotline. I loved reading it curled up, knitting and drinking coco. It's such a great book! I think that everyone that likes fantasy or mystery would love this series. Even if you don’t like mystery, you should still read it. I would recommend this book to ages 10-14 or between 600 and 750 lexile level. Good reading!