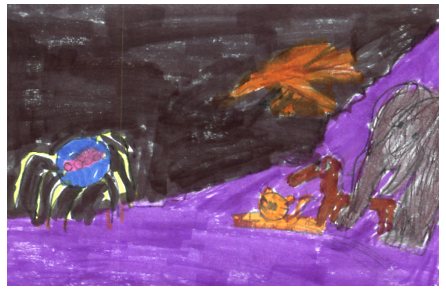 Have you ever heard of mind controlling aliens? Jake has now. He and his friends, Rachel, Cassie, Tobias, and Marco can morph into dangerous animals now. They got this power from the Andalites so they can fight the Yeerks. The Yeerks are aliens that take control of bodies. Will the Animorphs win? Or will the earth be under the Yeerks control? If you want to find out, you will have to read the book. I liked this book because it is funny because Marco was being sarcastic for pretty much the whole book. An example of this is when they went to fight; he suggests they die so they won’t need to get killed. These characters remind me of my brother, Evan. He pretends to be a “Mwerp” and transform into other animals. The characters in the story can morph too. My favorite character was Jake because he was being brave in a hard situation. People who are nervous may like this book because Jake has a hard time deciding if they should fight. I recommend this book for 7-11 year olds because it has around 25 chapters. The part with the morphing may be interesting for scientists because if they can understand the morphing in the book, they may be able to make it possible for humans! AWESOME!!!