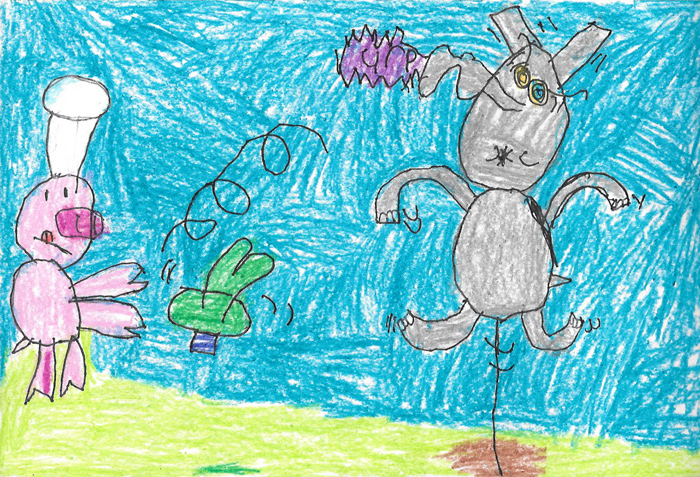 This book is about a pig named Piggy and an elephant named Gerald. In this book, Piggy REALLY LIKES SLOP! She is trying to get Gerald to eat slop.

It is funny because Piggy is doing funny things when she says eating slop is part of pig culture. I like the characters because when Piggy dropped the bowl of slop it flew out of her hands. It dropped and the slop was fine. You have to find a popular Mo Willems character at the end of the book. I tried something new just like Gerald and Piggy. One of my classmates, Henry, likes the book "I Really Like Slop" because "Gerald is changing colors" when he tastes the slop.

I recommend "I Really Like Slop" to people who like to try something new, because Gerald tries slop. I would rate the book "I Really Like Slop" **** out of 5 Stars because I like the illustrations. They are funny because they show Elephant and Piggy’s expression on their faces

If you go and buy "I Really Like Slop," you’ll LOL it.

Garrett B.
is a student in
Mrs. Horst's 2nd Grade Class