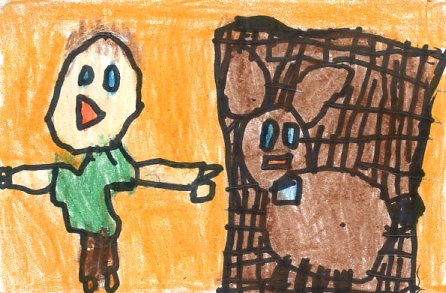 Hank really wants a dog. Hank's dad tells him to improve his grades and be a responsible pet owner to get a dog. Hank improves some of his grades so he gets to have a dog. He chooses a "hot dog" which he names Cheerio. Hank gets in trouble for what Nick really did and Cheerio has to go back to the animal shelter. Hank's dad think it's Hank's fault, but Hank's sister, Emily, tells Nick's dad and her dad the truth. Hank's dad apologizes to Hank and lets him keep Cheerio.

My favorite part is when Hank improves his grades and gets to have a dog because it's awesome. My favorite character is Hank because he's hilarious. This story relates to my life because I have pets. There are a few pictures, but the pictures helped tell the story and helped me understand the words.

I think others should read the book because the book is entertaining. It is also hilarious and outstanding.