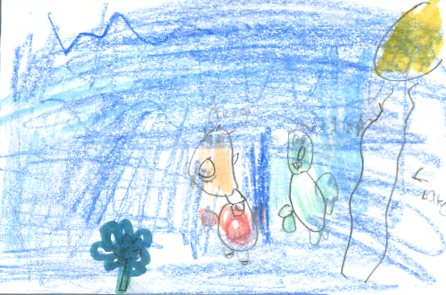 My favorite part is when Doug and Skeeter found the monster. My favorite character is Doug because he is silly. This story does not relate to my life. The pictures helped me by telling me what happened in the story.

I think you should read this story because it is silly and interesting. The story has colorful pictures and a strange monster.