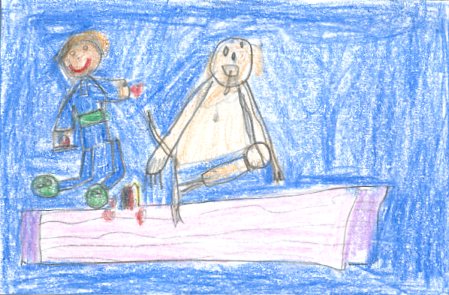 My favorite part of the the story was when they tried on costumes. I liked it because they were wearing funny costumes. Mudge is my favorite character because he likes cats, people, and costumes. This story relates to me because I like wearing costumes. The pictures showed me what the characters were doing.

I think others should read this story because it's very funny. It is also entertaining and hilarious.