The Castle in the Attic

The Castle in the Attic 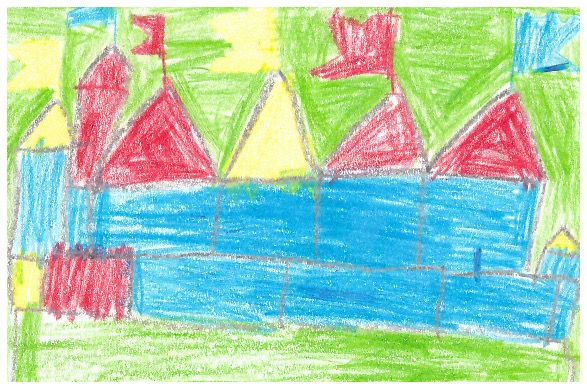 Wow! Battling dark wizards! If you like reading medieval books you should read The Castle in the Attic by Elizabeth Winthrop.

In the beginning, William was disappointed that Mrs. Philips his nanny was leaving. Then, before she leaves, a pretend castle appears, but then it starts an adventure. She also gave him a toy knight. Then when he picked up the knight named Sir Simon, he came alive! William starts to learn more about the castle and Sir Simon and learns about something called a Janus medal that shrinks things. Then William comes up with an idea how about he could shrink Mrs. Philips so she will stay. He also wants to shrink himself so he can join them. He soon has to go on a quest like a real knight!

In addition, we really enjoyed this book. It was very exciting because there were lots of adventures in this book. This book is part of a series. We look forward to reading the sequel called The Battle for the Castle to see what else happens to William. Our favorite part was when William battled the dragon. We liked this part because it was the best battle in the book.

In conclusion, we recommend this book to kids and adults who like reading about adventures in the medieval times. If you’ve ever wanted to be a knight, you might really like this book!