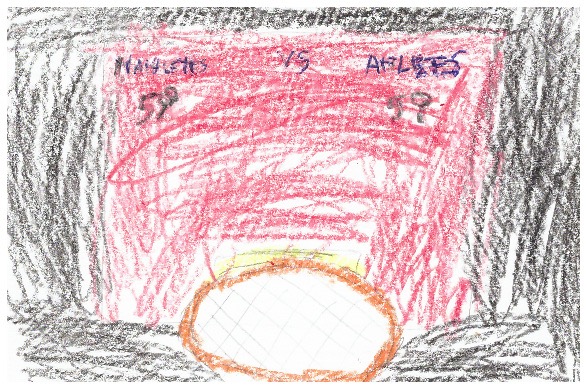 “Buuuzzzzzz!” Will they make it? Or will they break it? Come find out with Owen and Russell Evans in Athlete vs. Mathlete, written by W.S. Mack.

For a start, Owen Evans is good at basketball while his twin brother Russell would rather read books and do math. Then, Russell proves himself to be good at basketball. Owen as an athlete felt insecure about Russell, and Russell felt threatened as the captain of the Masters of the Mind club by a new kid. As a result, the brothers assist one another to try and solve each other’s problems. In this book, I learned to recognize one’s strengths and weaknesses, and to know when to ask for help. I feel that the author was trying to communicate that we should be open-minded to the fact that a person can be good at more than one thing.

As a matter of fact, my favorite part was when Owen was trying to make up for his mistake with Russell by searching for Russell’s shoe in a dumpster. I also found Owen interesting because even though he was mad at Russell, he later tried to make it up to Russell. I found this book to be unique because it had a lot of changing and interesting scenes. Athlete vs. Mathlete was similar to The Eighth Day because, like Owen and Russell, Riley and Jax didn’t get along at first, but had understood each other by the end of the book. Overall, the book reminded me of my athletic friend and my academic friend and how they often fight.

To sum up, I would recommend this book because it has plot twists and it is fun to read. I think that 8-12 years old would like this book. Lastly, I think this would interest readers because there are two people with opposite personalities that work together.