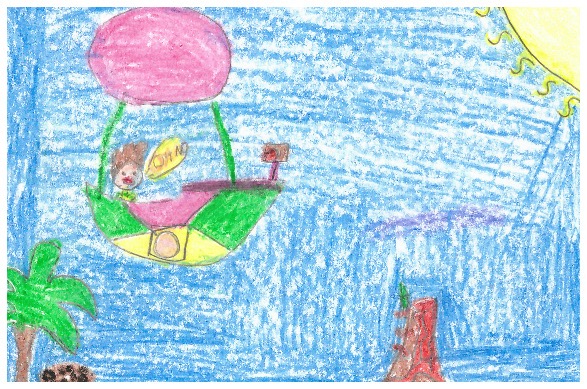 “Milk!” If you like milk, read Fortunately, the Milk by Neil Gaiman.

To begin with, one day the mother left to a conference. She was presenting a paper on lizards. The mother told the father the things he needed to do. One thing was he needed to go get milk for the kids. But something unusual happened at the sidewalk beside the store. He saw a silver disc hovering in the air above Marshall Road. The flying disc turned out to a UFO and the father got sucked up on the UFO. After this, he had to fight to escape aliens, pirates, and a strange dinosaur to get back home.

In addition, this book was really silly. This book was really silly because the milk goes on the adventure too. Our favorite part of the story is when the father drops the milk into the volcano. That was our favorite part because it is when the father holds the milk in one hand and it falls. The main idea of the story is about how father goes on an adventure to find milk for his kids but ends up kidnapped. It is the main idea because the rest of the story is about him trying to escape and get home.

In conclusion, we recommend this book to 8 – 12 year old girls or boys. It is interesting because everyone drinks milk so they can pretend like they are in this story too!