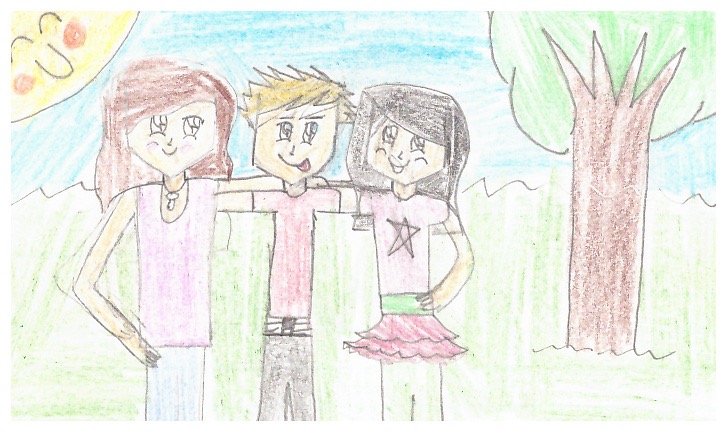 Eight keys that lead to eight rooms, all having to do with one girl’s past and family. Read about a girl who has a past that can help her in the future in the book Eight Keys written by Suzanne Lafleur.

We first find out about a girl named Elise that lives in a house with her aunt Bessie, and Uncle Hugh. She was friends with an awesome boy named Franklin. Her uncle Hugh has a barn. On top of the barn were eight rooms. The rooms were always locked. Elise was never allowed up there, but she didn’t mind. She is starting her first day at a new school and is the youngest at the school because she was going into 6th grade. The day before school started she scraped her legs while playing knights with Franklin in the forest. When she got to school the next day she sat next to a girl named Amanda, she saw the scrapes and a little blood. She had a disgusted face, rolled her eyes and shifted away from Elise. Sadly Amanda and Elise shared a locker. When Amanda realized that they shared a locker she said “Oh gag. I have to share with the Bloody Queen of Scabs.” And from that moment on you knew there wouldn’t be a friendship. Elise’s birthday came and she turned 12. Then the keys start coming. Elise makes a new friend named Caroline.

I think this book is very unique and special. I think this way because all the characters were so different and each had a cool part in the book. Also the book had so many ups and downs and in the end everything went well and Elise even made a new friend. I think this book has some of the most coolest characters ever. For example, Elise is so different from everyone else. And this is a story that just makes you feel all warm inside. Another character that I liked was Franklin. He was Elise’s friend for so long. He also had her back and took all the blame for something they did together. They did get in a fight, but of course the “bestest” of friends get in the worst of fights.

I would give this book all 5 stars. I think this book would be good for anyone who thinks they can handle a story that has sad, happy, exciting, and fun parts. I really enjoyed this book and I think you would too.