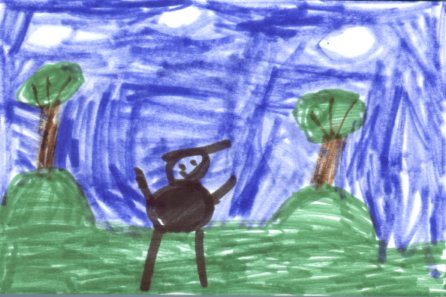 The illustrations are awesome because they are funny. For example, General Jackson, Marvin’s pet lizard, sticks his tongue out every time Marvin talks to him. That made me laugh. I like the main character, Marvin, because he is curious about maybe being a prince. He thought that if he is a prince, he might get a huge allowance and be able to eat 6 ice cream sundaes a day. I like how the author writes the story because he keeps making you guess if he is or is not Prince Robert. I didn’t know the answer and had to keep reading.

People who like friendships would like this book. I know because Marvin’s friends support him in the fact that Marvin might be Prince Robert. Don’t forget to read Mavin Redpost Kidnapped at Birth.