Mysteries According to Humphrey

Mysteries According to Humphrey 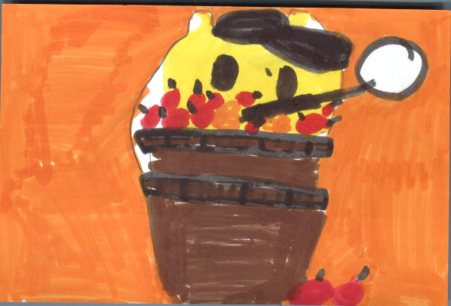 In the story Mysteries According to Humphrey by Betty G. Birney, Humphrey, the class hamster, has a lot of questions. He is trying to figure out where the teacher, Mrs. Brisbane went! All year Humphrey has already been trying to figure out why Tall Paul was so short, but now he has a bigger problem on his paws. Halloween is coming and he knows he will be scared. Humphrey is a little freaked out when he sees a substitute teacher instead of Mrs. Brisbane. He wonders why she didn’t tell him she was not going to be in school. Humphrey is going to try to use the information he learns from Sherlock Holmes which is Room 26’s class read aloud to figure out where Mrs. Brisbane went. In the end, a week passes and Mrs. Brisbane is still not back. If you want to find out what happened to Mrs. Brisbane, read Mysteries According to Humphrey.

My favorite part of the story is when the students in Room 26 want to read a mystery, and the substitute teacher, Mr. E says, he is an a.k.a. myster “E.” I like Humphrey because he is sneaky. Once he snuck out of Room 26 to go to the lost and found and found the gym teacher, Mrs. Wright’s whistle. It was much bigger than he thought it would be. I like the book because it is creative. I know because the author makes creative names for games like “Mathketball” and “Word War.” Humphrey calls the students names that the teacher says to them. For example, Humphrey calls Simon, “Slow-down-Simon” because the teacher always tells him to slow down.

I would recommend this book to 2nd to 4th graders who like sneaky animals who cause a little bit of trouble. I think kids that like to read very hard mysteries that only Humphrey can solve would like this book too. Readers will also like Mr. E because he’s funny and creative in different ways.