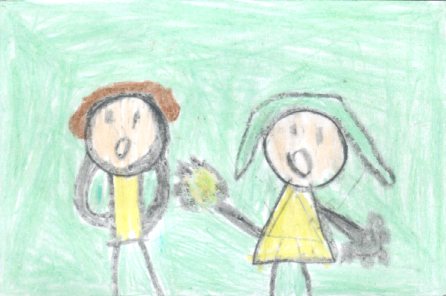 Marvin Redpost a Magic Crystal? By Louis Sachar is a fun book. In the beginning, Marvin is in his classroom asking his teacher Mrs. North when the book report is due. Mrs. North said, “I told you Tuesday.” But Marvin doesn’t know if she means that she told him last Tuesday when it was due or if it is due this Tuesday! After school he sees his friends fighting about Casey Happleton. Marvin ends up going to Casey’s house. She shows him a crystal with flecks of green and gold. Casey says that it started out as just a rock, but then it got struck by lightning and became a magic crystal. She thinks that if you squeeze it hard enough it can grant you any wish. In the end, Marvin and Casey get into a big fight and he wishes for Casey to be quiet. Now, Casey can’t talk but Marvin doesn’t believe it. Read the book to find out if Casey will ever talk again and if they will become friends again. Also read to find out if Marvin ever finds out when his book report is due.

I like this book because it has a lot of drama. I think this because Marvin and Casey have a magic crystal and they can wish for anything. They argue over how many wishes each one gets a day. They agree on one, but Casey does more and they get into a fight. I like the illustrations because they are very detailed. For example one shows the magic crystal. You can see that it is almost transparent with flecks of green and gold. My favorite part is when Marvin goes to Casey’s house. I enjoyed this part because the author mentions events that have happened in other Marvin Redpost books. The dad talks about riding down Suicide Hill and Casey’s sister says, “Aren’t you the boy who turned into a girl?” This is why I liked this book.